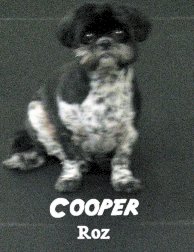 I have not looked forward to writing this post.

It is with sadness that I tell you, a piece of Fort Fido passed away Monday night...

Cooper, no dog has been our spokesman quite like him. No dog has made us belly laugh harder than him. Fort Fido Doggie Daycare has learned much from him. The place will be different without, Cooper, a canine that lived his life on his own terms and called no man "Sir" lol. He did whatever pleased him, at all times. In actuality, a lot can be said for that. Many of us need to incorporate a little more "Cooper Style" in our lives.

Cooper started attending daycare here at six years old. After his first day, he pretty much never left. Cooper has been at our facility, damn near everyday, since our first month open in 2006. A special case, Cooper, was allowed to roam Fort Fido at will... And that he did! Never wanting to leave, even when offered an open door lol, Cooper wholeheartedly loved his days with us. He spent his time roaming the halls, lounging on a leather sofa, playing ball in the Little Roll and just plain having fun. Cooper's life was truly "The Life of Riley". In many ways, I was jealous of him hahaha!

One can only imagine the numerous stories we have involving him. They would most literally fill a book. His owner, Roz, deserves a special mention. She is a neat lady that took Cooper on as a rescue. fulfilling the wish  of a passing loved one... Something many of us haven't faced. For this, we commend her. Not to mention, she has cheered our business and my family on since day one. Thank you Roz! Your kindness and generosity has been and always will be appreciated. Our hearts go out to you, we apologize for your loss. We know for a fact that you did right by "Mr. C". You gave him one hell of a happy life. Each stage of his journey, you were there for him. It was true commitment, very outstanding indeed. I know, Cooper, among others, thanks you for it.

Personally, I like to remember Cooper with celebration and laughs, rather than sorrow. From what I know about him, he wouldn't want it any other way. If he were a human, and had a will, I'm certain that a wake/party would be of his choosing. He'd want plenty of spirits, sweet treats and an array of the finest cheeses.  Hahaha! After all, cheese, was his absolute favorite food.

I will leave you with some of our favorite cooper photos. Click to enlarge. 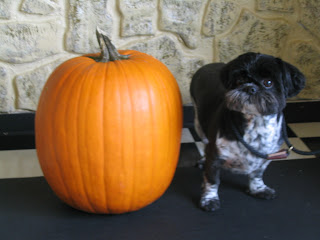 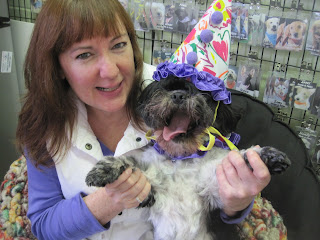 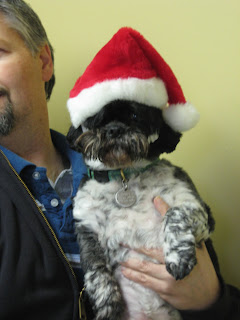 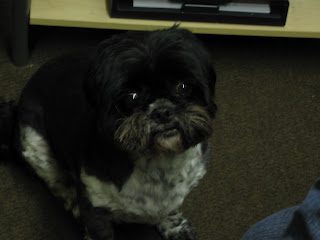 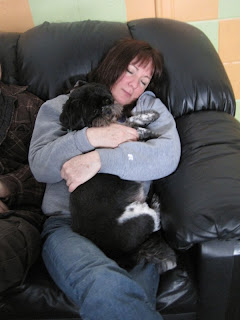 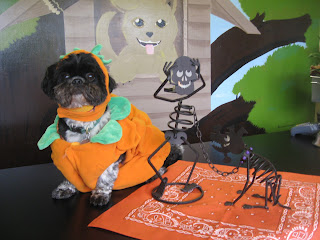 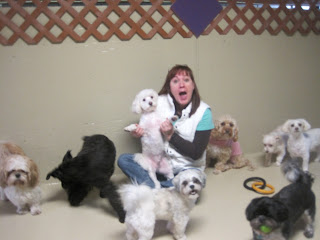 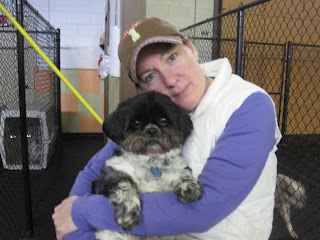 On behalf of the whole Fort Fido Staff, here's to remembering the good times! Rest in peace Coops, thanks for everything.