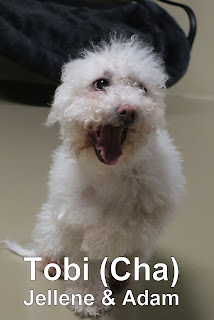 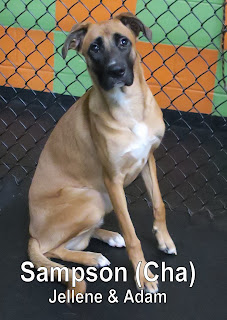 Tobi and Sampson came into the Fort bright and early this morning. Tobi is a two-year-old, fifteen-pound, Toy Poodle mix. He joined our Small Dog Program and spent the morning mingling with the other dogs. Tobi's brother, Sampson, is an eight-month-old, fifty-pound, Boxer mix. Sampson joined our Large Dog Program where he made friends with Zola. They are both welcome back anytime. Good job today boys! 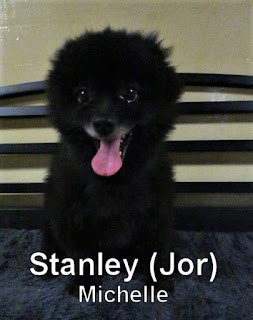 Yesterday, we had the pleasure of meeting Stanley. He is an eight-year-old, twenty-pound, Pomeranian. Stanley had a good first day, and enjoyed hanging out with the other dogs in our Small Dog Program. He is welcome back anytime. We look forward to seeing him again soon.

Have a great weekend,
- Gary 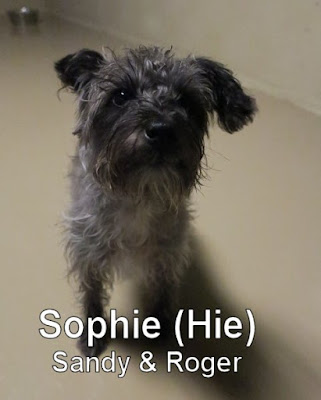 This cute little scruffy gal, had a great time during her assessment this morning- when she joined our Small Dog Program. She's a ten pound Schnauzer Terrier Mix  that's one and a half years old. During her time with us, she showed particular interest in Riky Tiky and played with some of our toys! With regular attendance, we expect that she'll improve her canine social skills and emerge as she fully enjoys her time at The Fort.

Have a good evening!
~Shaunte'
Posted by Fort Fido at 7:55 PM No comments: 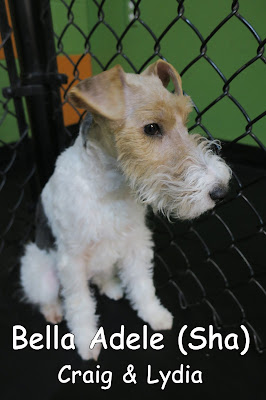 This chipper little girl is almost five months old and weighs only fifteen pounds! She's a Wired Fox Terrier that joined our Small Dog Program, with spunk and lots of energy! We could tell almost immediately that Bella was super comfortable with us and started mingling right away. We were lucky enough to catch her goofy, playful self on video too... Check her out below!

Bella playing with Miguel and Roxy 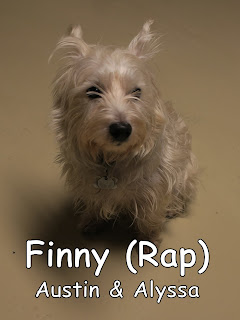 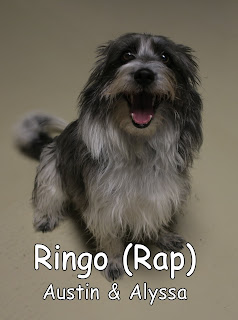 This morning we had the pleasure of meeting Finny & Ringo. Finny is a three-year-old, fifteen-pound, West Highland Terrier. Ringo is a three-year-old, twenty-pound, Corgi/Sheltie/Terrier mix. They both joined our Small Dog Program and enjoyed hanging out with the other dogs. Ringo was a little bit more outgoing than his brother, Finny, who was cautious at first. By the end of the morning they were both very comfortable here, mingling and making new friends. Finny & Ringo are both welcome back anytime. We look forward to seeing them again soon. 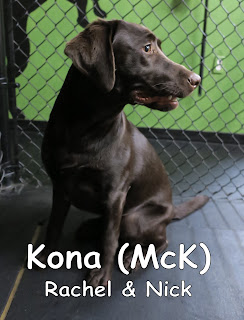 Kona came in for her assessment bright and early yesterday morning. She is a one-year-old, seventy-five-pound, Chocolate Lab. She joined our Large Dog Program where she spent the morning getting acquainted with the other dogs. She hung out with her doppelganger Espy. She had a good first day and is welcome back anytime. We hope to see her again soon.

Have a great weekend,
- Gary 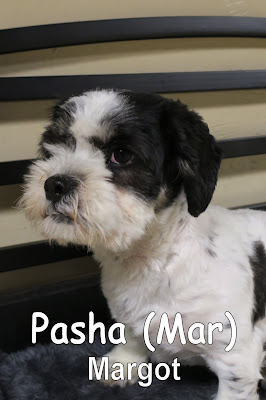 Pasha is a one in a half year old Lhasa Apso Mix that weighs twenty one pounds. She came for her assessment this morning, joined our Small Dog Program, met some cool new dogs, and got to burn off some energy! We even caught her on video checking out one of our balls with her new friend, Barkley.

Check her out in the video below...

Pasha is welcome to come back for some more ball time, and playing whenever she pleases.

Have a good night all,
~Shaunte'
Posted by Fort Fido at 7:54 PM No comments: 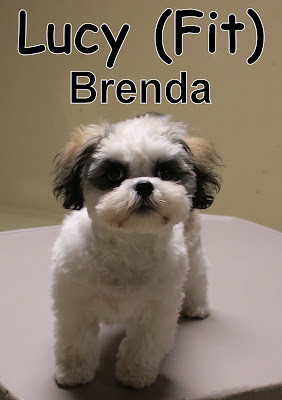 Check out this cute fuzz-ball! Her name is Lucy, and she was the newest edition to our Small Dog Program this morning. This playful pup is only three months old and weighs around seven pounds! She's a Lhasa Apso/Shih Tzu/Maltese Mix. Lucy plans to come here a couple days of the week to get some socilaization time with other dogs as she grows up. I'm very much looking forward to seeing her return. She has such a happy spirit, and enjoyed playing and meeting the other dogs with her. 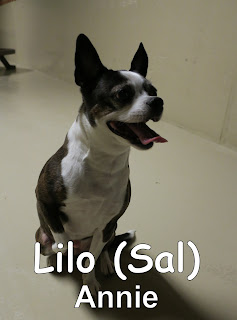 Lilo came into the Fort for her assessment this morning. She is a nine-year-old, twenty-pound, Boston Terrier/Chihuahua mix. Lilo spent her time mingling with the other dogs in our Small Dog Program. She seemed to enjoy watching the younger dogs play. Lilo is welcome back anytime. We look forward to seeing her again soon. 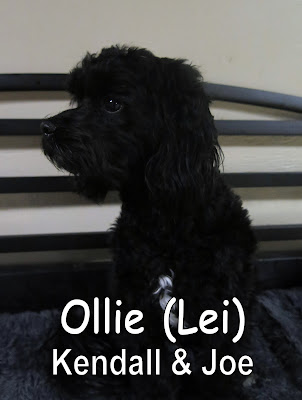 Ollie is a handsome, two year old Havanese that weighs only twelve pounds. He arrived at The Fort super early Tuesday morning and joined our Small Dog Program, with curiosity. He wandered his way around the play area and showed great Dog Speak! 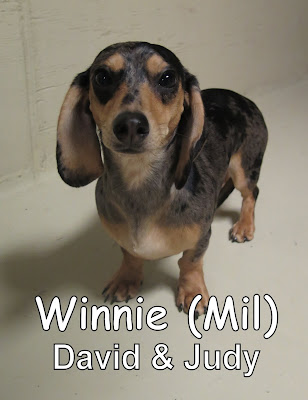 This little cutie was today's assessment! Winnie is a ten pound, nine month old Miniature Dachshund! She had a fun time scoping out all our cool toys up in our Small Dog Program today. It was super cute to watch her get all giddy and silly as she wiggled around and played with some balls. I can tell that she's going to blossom the more times she comes here! 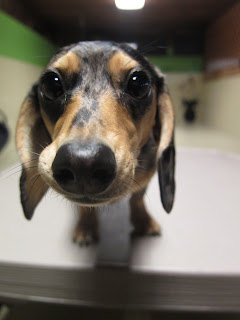 Have a marvelous evening,
~Shaunte' 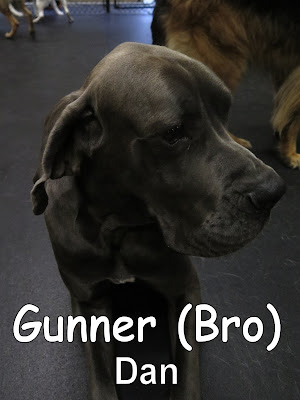 Another Dane joined The Fort; meet Gunner! He's two years old and weighs one hundred and fifty two pounds. This silver beauty had a good time during his assessment with us. He was such a curious guy when he first walked in here; sniffing everything he could find and wagging his tail. Once the morning progressed I enjoyed watching him blossom, and sort of come out of his shell whenever he found a dog he liked to play with.

Gunner is welcome to come back for more daycare fun whenever he wants!
Have a wonderful night, try to stay dry out there!
~Shaunte'
Posted by Fort Fido at 7:47 PM No comments: 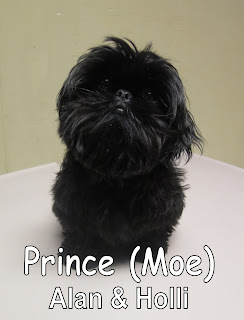 This morning we had the pleasure of meeting Prince. He is an adorable five-month-old, six-pound, all black Shih Tzu. He joined our Puppy Program, and enjoyed hanging out with the other dogs. Prince did a great job today, and made a lot of new friends. He is welcome back anytime. We look forward to seeing him again soon. 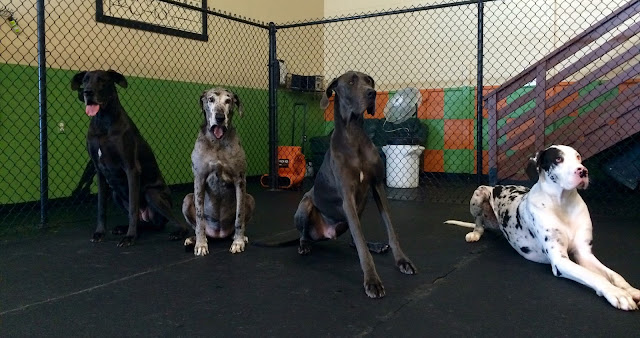 Danes, Danes, and MORE Danes! Today's blog is going to be all about these gigantic gentle giants! I have taken a great liking to this breed. One thing I've noticed that's constant between each individual dog, is that they're always such big goof balls! If you own a Dane, or have ever been around one you know exactly what I'm talking about...


See what I mean? This is Theodore playing with one of our large herding balls when he boarded with us in the past. What goofy and silly pup!

Great Danes were originally bred in Germany and were called, Englische Docke or Englische Tocke. They were used to hunt Boar, Bear, and Deer at the royal courts. Their main duty was to protect the sleeping Princes from assassins. However, in the 19th century certain breeders tried to get their name changed to the German Mastiff. They wanted the breed to be known more as a luxury, instead of a working dog. Although, Germany was in tensions with other countries at the time, so their name eventually became Great Dane, even though the breed has no Danish Ancestry... Weird huh?!

A unique mix of dogs were chosen to create this breed, since they were designed with boar hunting in mind. To achieve desired results, three different breeds were used: Irish Wolfhounds for their height, Mastiffs for the muscle mass, and Greyhounds for speed.

Did you know Great Danes are actually well-suited to live pretty much anywhere? Even an apartment! A lot of people would think otherwise at first, but they're such a relaxed dog. They do need exercise, but not as much as you'd think; don't let their size fool you. They also don't bark much, which helps if you do live in an apartment.

Check out some of the Danes who attend Fort Fido! 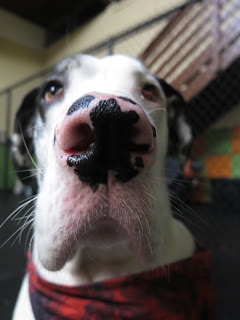 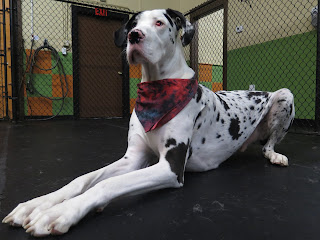 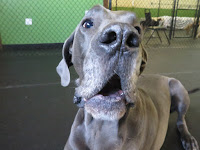 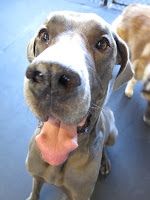 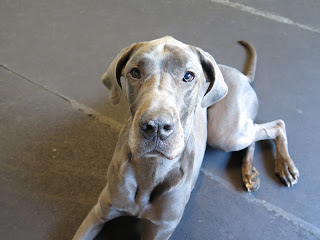 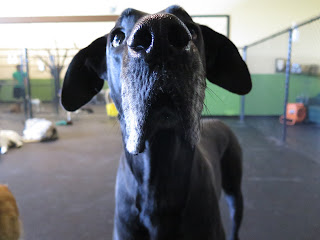 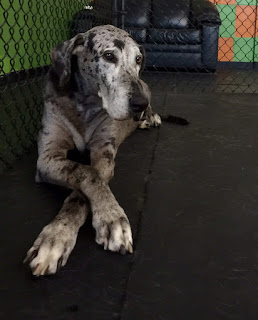 This is Marley and he's currently our youngest Dane. Check out those ears! 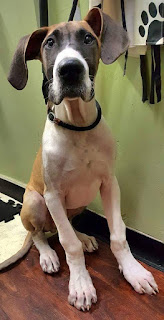 Have a wonderful evening,
~Shaunte' and her Dane clan :D 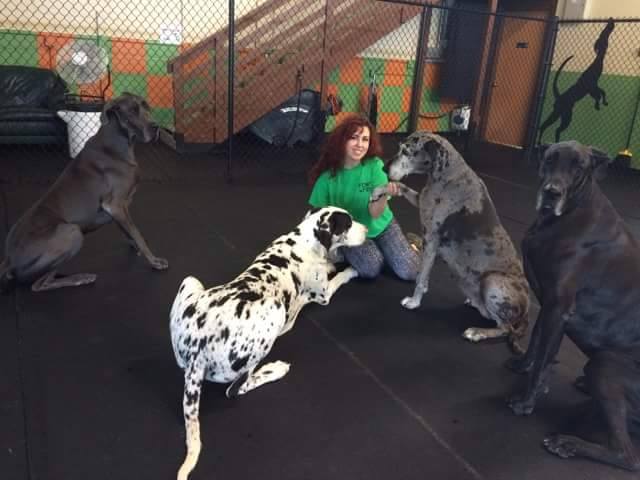 All about the Catahoula Leopard Dog

I thought it'd be fun to write about one of my favorite dog breeds! Check out these gorgeous pups. They have a couple different name variations such as: Catahoula Curs, Catahoula Hog Dogs, and Catahoula Hounds, but the name was officially changed to Louisiana Catahoula Leopard Dog when they became that state's dog in 1979.

Little is known as to what dogs were used to create this breed. There's some speculation, but all we know for sure is that they are in part bred from wild dogs kept by the Choctaw people native to the area.

There are three distinct breed lines of Catahoula Leopard Dogs... Read below and check out the photos to see the different variations.

Line#1(the largest)is the Prestone Wright Catahoula Dogs. They average at about 100 pounds.

Line#2 is the Lovie Fairbanks Catahoulas averaging at about 70 pounds each, and they're more yellow or brindle in color.

Line #3 is the McMillan Catahoulas and they are the breeds smallest line. They weigh around 55 pounds and carry a blue leaopard coloring, and usually have multi-colored eyes that this breed is known for.

Over the years, each line has been frequently interbred to create an even wider variety of appearances in this breed.

The reason Catahoulas are sometimes called Hog Dogs is because they were originally bred to hunt hogs. When Louisiana was first explored, rumor has it that hogs had that land overridden. To deal with the problem, settlers used wild canines to develop a new breed and that's how this breed came about!

As if you didn't think Catahoulas are unique enough, guess what? They even have webbed feet! This trait pops up in other breeds every now and then, but Catahoula toes have a lot more webbing. The reason being, it helped them in the past with exploring the marshy and soggy grounds of Louisiana.

Before I started working at Fort Fido, I didn't even know this breed was a thing until I met a couple Catahoulas that come here. I knew the moment I saw them that I wanted to have one for myself someday. Check them out below! 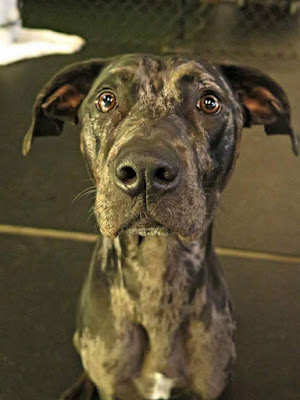 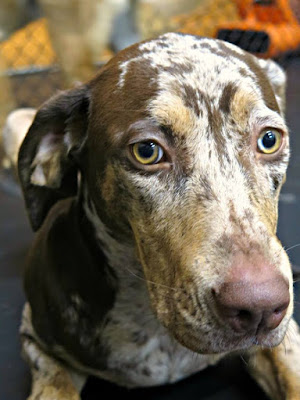 And this is Stella!

As you can see, this is a pretty cool breed and I am looking forward to the day when I'll be able to have one all my own!

Have a marvelous Monday night,
~Shaunte' 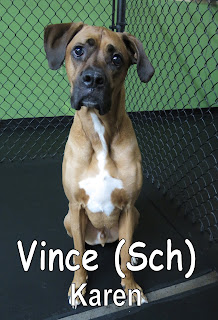 Vince, came in to the Fort for his assessment bright and early this morning. He is a five-year-old, eighty-pound, Boxer mix. He "spoke" good dog, and quickly made friends with the other dogs in our Large Dog Program. Vince enjoyed every minute of his first day here at Fort Fido. 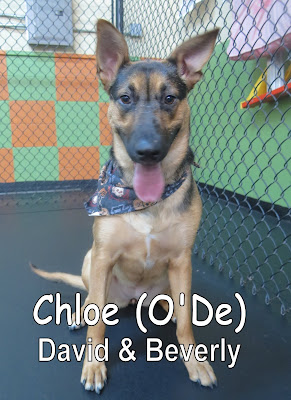 Chloe passed her assessment with flying colors; she came here early this morning, and joined our Medium Dog Program! As you can probably tell, this one year old gal is a German Shepherd mix that weighs seventy one pounds. She was a social butterfly, prancing around our play area with a huge smile on her face, as she started meeting and greeting her new daycare friends. It was apparent to us pretty quickly that she was going to fit in nicely. She's a well rounded dog that got along with everyone and seemed like she's going to be a daycare champ!

Check out one of the dogs she was particularly fond of, Yuki!


Have a good evening,
~Shaunte'