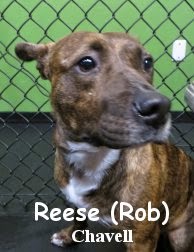 Yesterday we had Reese in for her Assessment Day. She is a two year old, forty-one pound, brindle, Pit Bull Terrier and Australian Cattle Dog Mix. Reese's first couple of years have been tough. Unfortunately, she was abused, and on top of that, just got done having a litter of puppies. It's been a roller coaster for her. Fortunately however, she has just been rescued and has found a loving forever-home with her new owner. The great thing about Reese, is that although she's a bit timid around people at first, she is fantastic with other canines! She speaks very good "Dog", and socializes with other canines most properly. Reese had a blast in The Fort's Big Roll, where she made several friends quickly and easily. It's cool to see such a resilient canine in action.

In this clip, Reese and Tucker get into some shenanigans. 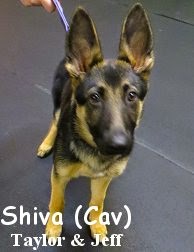 Bright and early this morning we Assessed Shiva! She is a stunning, five month old, thirty pound, German Shepherd. Alert and excited, Shiva was quite ready to explore her new surroundings... It was also hilarious when she barked a bit before coming in, after noticing our "dog silhouettes" on the outside of the building. Your typical German Shepherd, Shiva, is good looking and highly intelligent, she will continue to need very strong leadership to grow into a calm and balanced adult dog. Due to her small size, Shiva hung-out in Fort Fido's Medium Roll. There, she met with the Medium Roll pack healthily. For a pup, she did a real fine job of meeting, greeting, and "speaking" with the elder-dogs. When it came to playing, Shiva was extremely into it! She "got down" with several of the Medium Rollers, and took quite a liking to Otis, among others.

You can see, Shiva, playing with Otis, in the clips that follow.

Reese and Shiva can both get a ton out of Dog Daycare. We are ecstatic to have them amongst our ranks!

Have a nice weekend,