Welcome two, new to the crew! 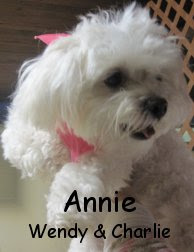 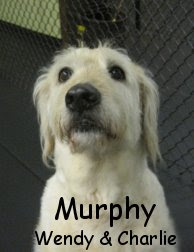 We had two first rate assessments early this morning. Two dogs from the same family but each was very much an individual.

First up was Annie. She is a pretty little, two year old, twelve pound, white and cream, Maltese / Bichon Frise Mix. Annie headed up to the Little Roll and did ok. She showed some interest in the other dogs and relaxed as more dogs came in. We think Annie enjoyed the calming effect of the pack. Hopefully she'll bust out and play soon.

Second was Murphy. He is a six year old, eighty pound, tan, Labradoodle. Murphy traveled to the Big Roll. He is a very friendly dog that has big, brown, expressive eyes. Once Murphy get's used to daycare, we think he will be one of the popular ones hehe. All the dogs seemed to like him but he was just a little cautious. Hopefully it's just first day jitters. Once he gets in the groove he should start having a blast.

Have a great day everybody,