The Inseperable Pair: Sergeant and Neo 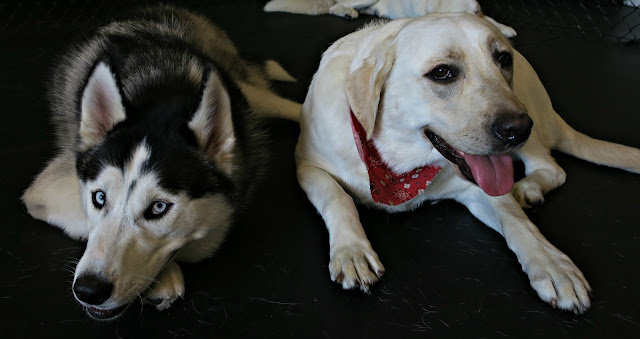 I'm sure some of you have seen these two featured on our Facebook from time to time; they are inseparable... 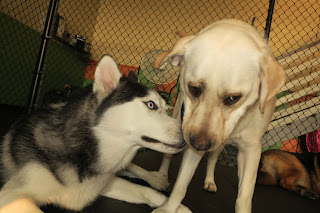 Sergeant is a goofy guy, and loves to play with all sorts of things; Leaves, dog fuzz flying by, and even his own Bandana! Neo is a spunky Husky that loves to keep up with his silly shenanigans. Him and Neo kept themselves occupied for most of the morning, by playing with Sergeant's Bandana. 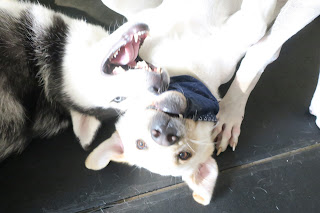 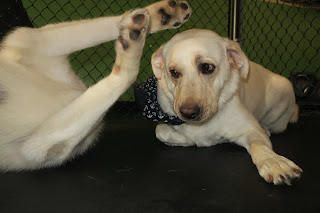 I love watching their face expressions while they're playing. Neo is a talker, and Sergeant has VERY expressive eyebrows. Check 'em out! 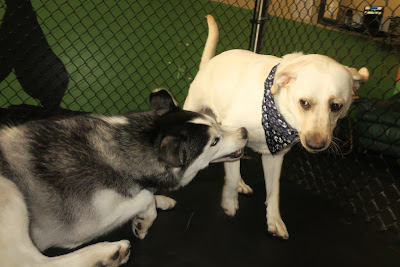 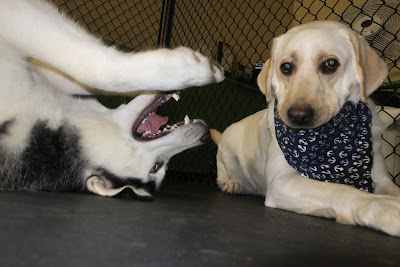 These two are an endless amount of entertainment... 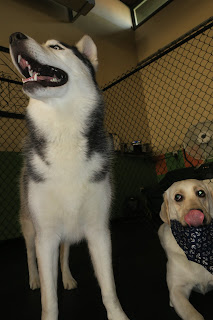 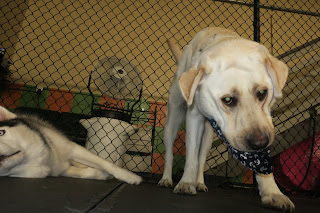 It was super funny to watch, because Sergeant kept wanting to continue to play with Neo and his Bandana, but Neo was just too tuckered out!

See what I mean? 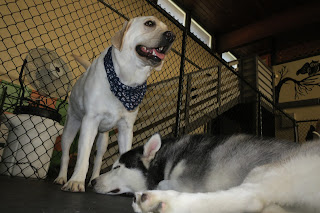 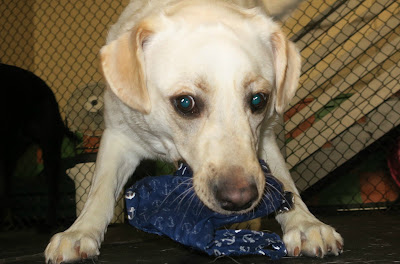 His Bandana ended up coming off of him at one point. Someone looks guilty! haha 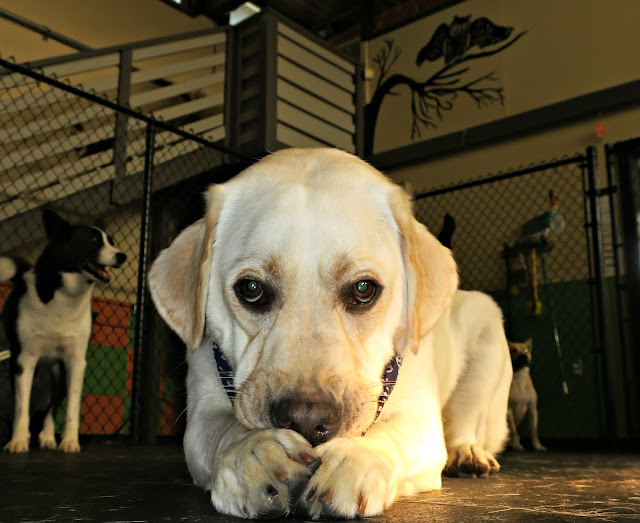 Eventually Sergeant got tuckered out after a couple hours of doing this back and fourth. I enjoyed capturing it all with photos and videos.

I hope you guys were entertained- seeing how humorous these two can be together,
~Shaunte'
Posted by Fort Fido at 12:30 PM