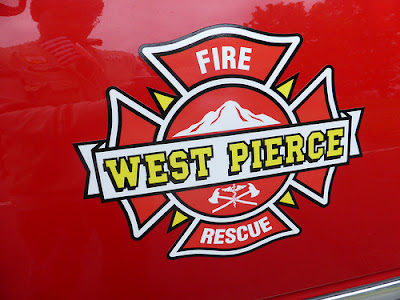 Yesterday, Fort Fido received a call from the West Pierce Fire Department. Apparently they responded to a call where a lady walking her two small dogs had fallen and received a head injury. Fort Fido has been taking care of dogs in the University Place area for close to a decade. Since the lady was non responsive, and the dogs were obviously upset, the quick thinking firemen new just who to call. We were happy to take the frightened dogs off their hands until the owners daughter could be contacted.

Below is a picture of Tiny and Daisey grateful to be back in the arms of their family. 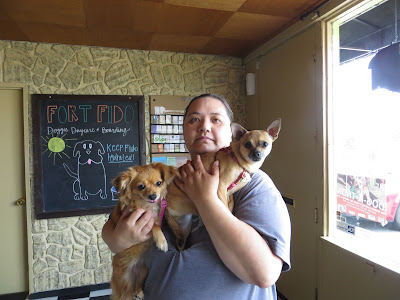 Have a great weekend,
- David